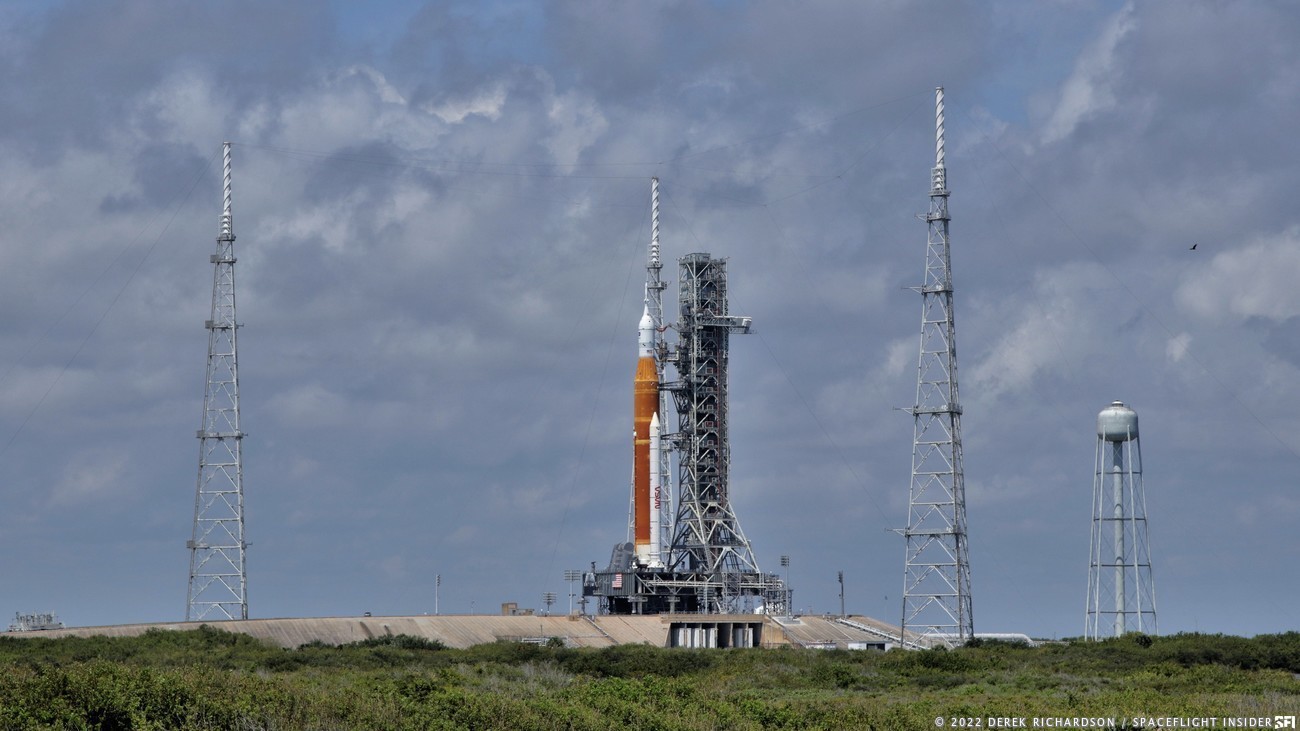 NASA has said it is changing the blue fabric for the Space Launch System before the Artemis 1 mission uncrewed around the moon.

This comes after two tests in the first week of April 2022. On April 11, the agency said it found a faulty helium detector at the rocket’s top level – the interim cryogenic propulsion stage, or ICPS. 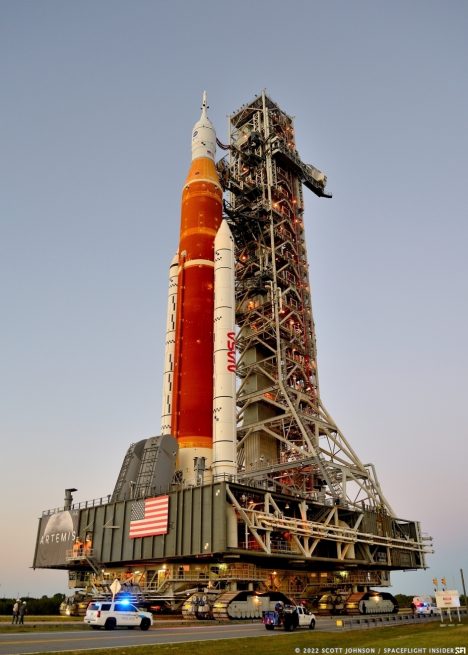 During a teleconference, NASA said the box did not move as expected. The Car Club needs to be remodeled because there is no easy path to its location in Launch Complex 39B.

However, in order to move forward with wet cleaning, this has changed testing in order to ensure the safety of the flying equipment and requires a flexible testing process.

The ICPS is the highest level of the SLS rocket. For wet wear training, it is a short -term responsibility to test as the basic level of the car is only the level that is fully filled during the test.

The test on Friday will be critical to clean up the blue fabric as teams plan to load and discharge propellant at the critical base, to participate in the final operations of the rocket behemoth.

NASA also plans to conduct some recreational activities at the base site. The test will go all the way to the terminal number, stopping just a few seconds before the four RS-25 cameras flash for actual flight.

NASA teams said they were confident that this was a transformation experiment. The engineers told a conference on April 11 that the data collected would help the company achieve its goals before it even starts.

“We believe this is the best option moving forward,” Charlie Blackwell-Thompson, NASA’s Artemis director, said during the teleconference. “We believe we can achieve most of our testing goals and give us a more accurate database before rollback.” 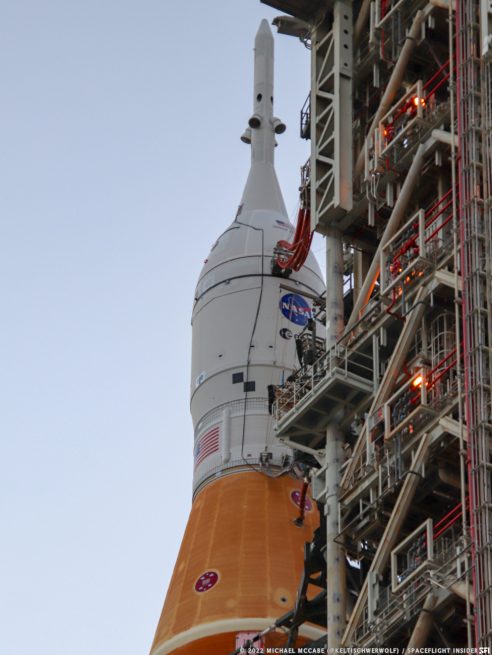 The ICPS, Orion spacecraft and the launch of the abort system at the tip of the SLS rocket. Found: Michael McCabe / Spaceflight Insider

The advanced navigation system was finalized to allow engineers to collect data from the Mobile Launcher and Orion spacecraft.

The problem at hand started with the cleaning of the wet cloth which had been transformed into a helium leak seen from an entrance door in the Mobile Launcher folder. This was achieved on the second attempt last week.

The companies investigating fault control have modified the valve so that they can reduce the pressure on the COPVs.

When the company asked the system to test the newly closed check valve, the technicians did not know the numbers they were looking for.

Another problem was reported on the fly side of the interface starting with changes for tests last Friday until the stone was flown to the Car Club for a full review of the Helium purification system.

During the April 11 teleconference, engineers and NASA officials said they would decide on further actions after preparing the blue cloth. Under the original design, the rocket will be rolled out at the Railway Station in preparation for the Artemis 1 mission later this summer.

It is not clear if any other wet cleaning will be attempted after the helium check valve is replaced.

The SLS rocket is scheduled to send an uncrewed Orion spacecraft to the Moon to spend a few weeks in a distant retrograde lunar orbit to test its various systems. At the end of its journey, the capsule is expected to return to Earth, flowing down into the Pacific Ocean.

Theresa Cross grew up on the Space Coast. It is common to develop a desire for something “Space” and its quest. During these founding years, he also recognized a talent and a love of explaining the differences and complexities in people, nature, and machines. From a family of photographers – including her father and son, Theresa began writing her own world through photography at a young age. As an adult, he has demonstrated the ability to truly combine the desires of his heart and his love of technology to give his work a unique and artistic presentation. . Theresa has a background in water chemistry, water energy, and business ethics.